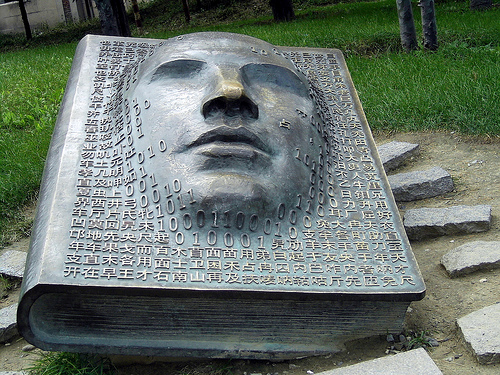 The common view – one which I shared until recently – is that college students view Facebook as “their” space and resent intrusions into their space by faculty, administrators, parents, and other non-students and old people.Â  The willingness of students in my online identity classes to recommend that employers and college admissions administrators actively use Facebook to investigate young people contradicts the common view. Perhaps as a result of our discussions or simply as an acceptance of the inevitable growth of SNSes to include non-students, many of the students in my classes did not exhibit “ownership” of Facebook and accepted as natural the presence of non-students.

The final project for the first semester of my online identity class was to recommend a policy for employers’ or universities’ use of SNSes in evaluating new hires or applicants, respectively.Â  For the second semester, I limited the assignments to only including college and university admissions, omitting the employer option as unnecessarily complicating the assignment.Â  In both cases, the responses covered the entire range of possibilities from “No, they should never use them!” to “Of course, they should use them!Â  And they shouldn’t even tell the applicant beforehand!”Â  Most of the assignments were reasonably well-crafted and supported by rationales indicating a solid grasp on the course materials as reasonable people can easily make different recommendations.

The plurality of recommendations in both semesters recommended that employers or college admission officers use SNSes to investigate applicants.Â  Some recommendations even explicitly noted that applicants didn’t need to be told. This surprised me.Â  I expected the exact opposite, guessing that my students would use this opportunity to argue for more privacy and respect for perceived boundaries.Â  Even several of the “don’t use SNSes” and “use SNSes only if…” recommendations did not focus on privacy, instead focusing on issues related to misinformation and lack of context to interpret SNS content.Â  From those responses, it’s clear that even if many of my students don’t necessarily welcome non-students into Facebook they know and expect it to happen anyway, accepting it as inevitable.

Some possible explanations or interpretations:

Whatever the explanation – and it’s probably a bit of all of these and several more – it seems that many of the students in my classes had different privacy expectations than commonly presented as the norm among most college students.Â  My students may have grown into their expectations through discussions and readings focused specifically on SNSes. But it’s also possible that many of the ownership issues related specifically to Facebook were relatively short-lived and largely an artifact of its introduction as a student-only space.Â  Just as we are exploring how different people use SNSes differently, we must also explore how their uses and expectations change over time as both the SNSes and their users change and (hopefully) mature.

As a side note, the recommendations that seemed most interesting to me were those that gave applicants the option of allowing employers or admissions officers the option of investigating the applicants’ SNS profiles. This seemed to balance the inherent lack of context possessed by employers and admissions officers with the desire of applicants to use well-crafted profiles to present their identity or a portion thereof.Â  There are, of course, immense logistical and legal challenges with those recommendations but we didn’t address any of those topics in these classes.